If ever there was a list that we didn’t want our city to top, this would be it! According to a report by CTV News, published in March, “For the second year in a row, Toronto has been ranked as the worst city for bed bugs in Canada.” The report goes on to say, “Of the five cities ranked as the worst for bed bugs, three of them are in Ontario. Toronto takes the top spot, while second place goes to Sudbury and fifth place goes to Oshawa. Vancouver ranked third and St. John’s, fourth.”

We can all let out a collective sigh, as this is not welcome news, by any means. Sadly, these insect pests are common and, as the report states, they are “extremely efficient hitchhikers.” This means that they have to be brought into the home via a person, their clothing, luggage, or furniture.

While the number of sightings has been down during the COVID-19 closures, they will likely increase as these restrictions are lifted.

What are bed bugs?

Bedbugs are small bloodsucking insects. They survive by feeding on their hosts and resting in cracks and crevices. They can cause skin irritation and allergic responses if left untreated.

According to the City of Toronto, bedbug infestations are widespread. The city spent $8 million battling them in 2018. Although bedbugs are not contagious, they can be spread through clothing, luggage, and other goods.

Can they be avoided?

Bed bugs were once heard of almost exclusively in developing countries, but now are fairly commonplace in North America and Europe too. Bed bugs aren’t just found in dirty homes and buildings. They’re also found in 5-star resorts, luxury hotels, and even in some fancy restaurants.

Canadians who are concerned about a possible infection should carefully examine their bags and clothing, inspect any second-hand or returning items, and dry potentially infected bed linens or clothing at the highest heat setting. 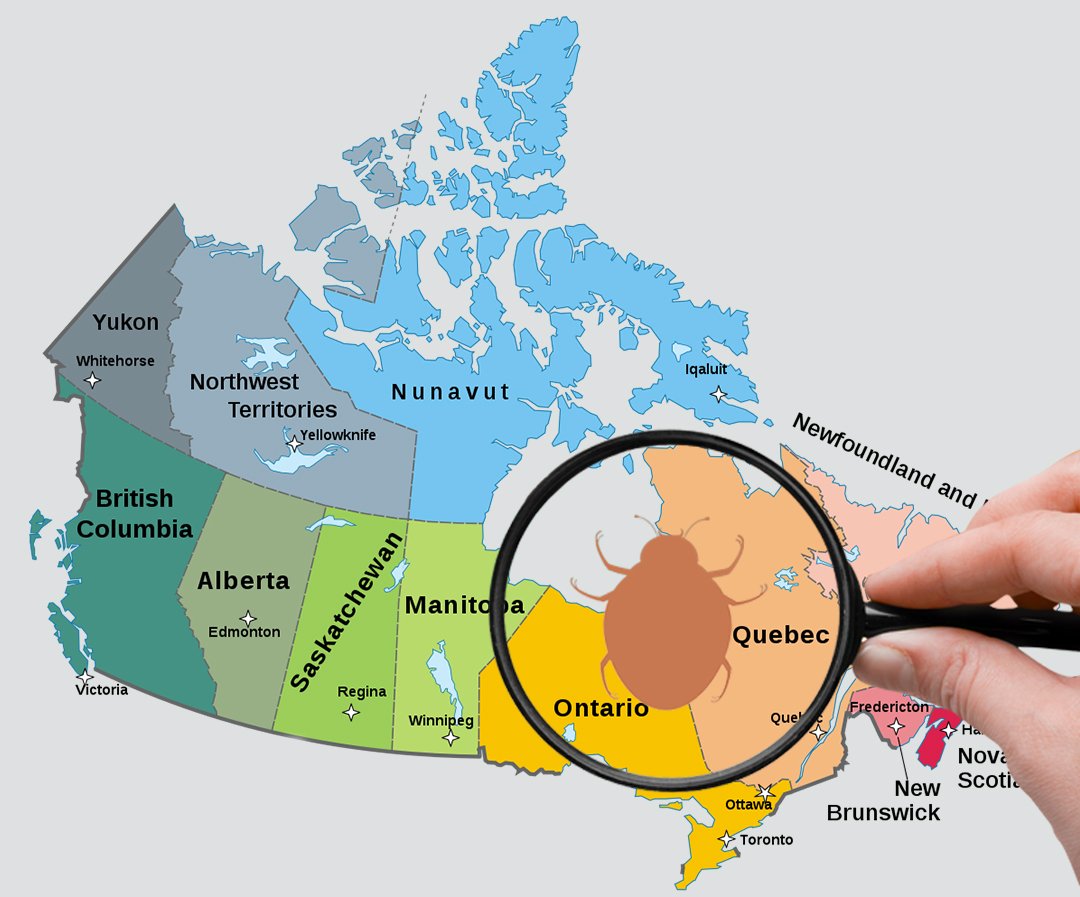 The best way to avoid importing a bed bug infestation is to avoid bringing them into your home in the first place and to clean up any problem as soon as you notice them. Try these techniques to keep bed bugs out of your home:

Seal cracks around windows and doors.

Of course, if you do find any bed bugs, the best course of action is to contact a pest control professional immediately.

Why you should choose professional bed bug treatment

With so many DIY bed bug treatment options available today, it may be tempting to treat them yourself instead of calling an exterminator. It’s not always safe to treat bed bugs at home; there are too many variables involved for anyone but an expert pest control professional to deal with safely.

You cannot kill bed bugs by treating their hiding places; they must be removed from the home. They’re capable of reproducing quickly, which means they’ll continue to grow until you remove them completely. You may not be able to eliminate them from your home if you don’t use effective treatment.

Be sure to choose an expert who knows exactly what they’re doing. With an experienced team of specialists who have the knowledge and tools necessary to successfully treat any type of bed bug problem in your home, you will rest easily.

Get rid of bed bugs in one day!

If you think there’s a chance you may have bed bugs, call us right away! We’ll carefully examine your home for signs of bed bug infestation and provide you with an accurate diagnosis. Call Thermokill today at (416) 272-1323 for more information and to schedule an appointment.